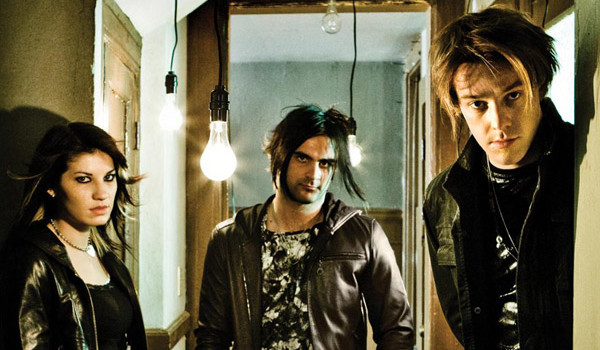 Sick Puppies’ third studio album, Tri-Polar plugs into the angst-fueled rock that was all the rage in the late 1990’s with bands like Papa Roach and Stabbing Westward, occasionally sentimental but hard driving in the point of broken dreams, bad feelings, and loneliness that drove them to write a particular song about it. Tri-Polar mimics this throwback to ten years ago but actually breaks out of the mold halfway through the album as the songs become more low key with juicier hooks, less in-your-face lyrics, and a more subdued, emotional embodiment of the aforementioned angst.

The album’s first single, “You’re Going Down“; is the radio-ready package full of combative hooks, hard driving guitars, suitable for WWE walk-ins (which is exactly what the song is currently used for). “Riptide“; nearly tricks you with its “Brain Stew“; slapping bass introduction, you almost expect Billy Joe to start talking about numbness.

More often than not albums are usually front loaded with singles and memorable tracks, but Tri-Polar actually gets better as it moves along with some of the album’s best tracks, “Maybe“; and “Don’t Walk Away“; hidden near the end of the disc. These tracks are less about screaming and more about melody as lead singer Shimon Moore’s vocal prowess comes into view more than simply yelling about stuffy every other Limp Bizkit-wannabe has been yelling about for ten years.

The album isn’t perfect by any means and for every genuinely deep song there’s a throwaway screaming to back it up, but as an package Tri-Polar manages to convey the feelings of angst in two distinctively different styles (maybe Bi-Polar would have been a better name). Far from an earth shattering release, Sick Puppies settles in and delivers a decent album with room to grow for the next.