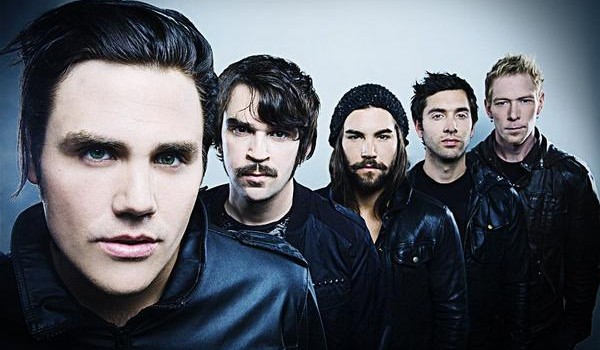 After Midnight Project’s full length debut, Let’s Build Something to Break, is an engaging mix of hard guitars, excellent vocal work, and the excellent producing of industry vet, and Goldfinger frontman John Feldmann. Feldmann’s previous work with the aforementioned Goldfinger, The Used, Mest, and Good Charlotte has turned him into the pop-punk go-to-guy for turning out infections songs that draw the audience in and disc that bloom with depth.

AMP’s debut is highlighted by Jason Evigan’s vocal work which makes the slickest song ever more so slick and the album’s few disappointments still bearable. Screaming out of the game with “Backlit“; and the aptly titled “Scream For You“; the disc sets itself up as a rock anthem of sorts, sport arena ready to be pounding through one million watts of power in front of 70,000 fans. Things start to slow down a bit midway through the disc, however never to the ballad level that many bands seem to stoop to in order to make a point.

The production and mixing is tight throughout, however there’s still some sloppy lyrical work here and there especially on the odd “More to Live For“; who’s intro and lead-out is generally spoken word nonsense and perplexing to say the least. This is the only low point of the album which, as mentioned before, comes together exceptionally well in the end with great hooks and Evigan’s restraint from screaming in the modern day alternative scene where screaming everything equals making a point about your emotions.

Let’s Build Something to Break is a strong full length debut for AMP, its not the most original work out there and casual listeners may lump them into a collective group of bands with similar pop-punk undertones, but the more hardcore rock songs are sure to at least let them stand out from the pack a bit. The band appears ready to break out, and there’s plenty of good material on this album to light the airplay charts on fire.