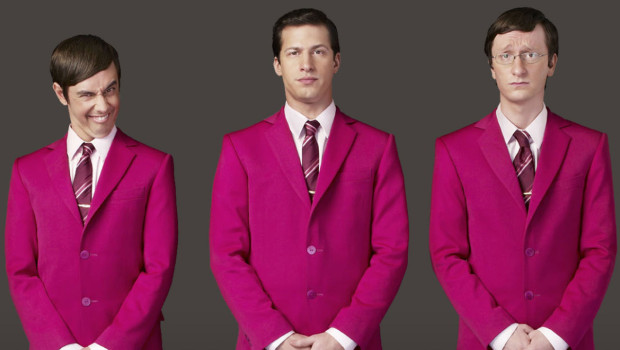 For the past two and a half years jokes have been made round the dinner table about a certain part of the male anatomy in a cubic container and now the full CD from comedy troupe The Lonely Island finally drops with a collection of SNL digital shorts, new original recordings, and a whole lot of laughs.

The Lonely Island is like an unholy combination of Weird Al and The Beastie Boys (as per our own Executive Editor John Simons). The trio makes clever work of lampooning the hip-hop genre on nearly every track sans for a few pokes at electronica, R&B, and rock. Every SNL Digital Short from “Lazy Sunday“; to the most recent “I’m On A Boat“; can be found here including Natalie Portman’s foul-mouthed rant on her life.

There are highs and lows to the disc, a majority of the songs are pre-packaged for TV coming in under three minutes and trying to fit in as many jokes and lines as possible and seeing what sticks. The advantage here is that the lesser tracks are over relatively quickly, however the better tracks, with more hooks end far too quickly.

Some of the tracks, especially “Dick in a Box“;, with videos available come off clever, but the visual accompaniment added a little bit of spice that is sadly missing. Stand-outs on the album, that weren’t heard on SNL, include “Sax Man“; featuring Jack Black, Andy Samberg’s “Like A Boss“; and the ludicrously gross at times “Boombox“;.

The surprising aspect of the CD is the sheer number of guests present including Justin Timberlake, Portman, Norah Jones (singing about Chex Mix), Black, T-Pain, E-40, and SNL-alum Chris Parnell. This alone gives each track a unique selling point picking up some of the music industries biggest stars and dropping them into something completely out of their normal element.

Incredibad has its moments, and the songs you’ve grown to love over the past few years will certainly keep you entertained as well as a few new tracks here and there, but overall the disc falls short of comedic greatness.