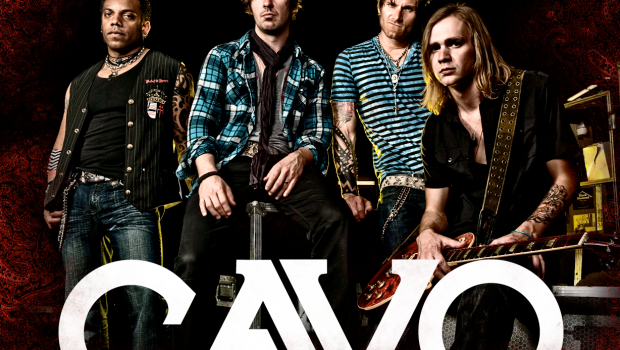 Missouri’s Cavo feel like valedictorian graduates from the Nickelback School of Hardly Rocking employing the same hook-line-and-sinker method of attracting fans that the aforementioned band has used to garner platinum selling CDs. Churn out a radio-friendly, risqué single that is highly polished and over-produced (and over-played) then pull the rug out from under all the new fans and release a CD full of power ballads that would make Poison and Extreme blush.

It isn’t that Cavo’s debut full-length is necessarily a terrible CD, it just isn’t very good or anything original that we haven’t seen a dozen times (this year) and hundreds of times over the last decade. In this post-grunge hard rock era where band’s with a ballad can draw in legions of lovely ladies to worship them because they’re sensitive its hard to believe this sort of thing hasn’t happened a few hundred more times. If anything Cavo and producer David Bendeth know what they are doing to make a multi-platinum selling CD.

Everyone, by now, knows the lead single “Champagne“; which lit up rock radio and hit number one on the mainstream rock chart. “Let It Go,”; the band’s original power ballad, was featured on the Transformers: Revenge of the Fallen Soundtrack this past summer. The rest of the disc is filled with bleeding heart, emo-inspired tracks that ask you to look deeper into yourself, but sloppy been-there-done-that lyrics detract from even the most tolerable songs. From the song “Ghost”; we get this gem: “I’m taking scissors to all of the pictures of us / I’m cutting you out but it won’t be enough / It’s never enough / You’re still walking through my memories / I’ll never solve this mystery / I lie awake with echoes and whispers of you / I’m still haunted by you.”; You almost need to check and make sure you don’t have a Cure album in your CD player when running through some of these tracks.

Again, it isn’t that the band even has ballad(s) on the disc, it’s that they were marketed and presented as something different, months before the album debuted to build up anticipation, when the disc finally dropped there had to be more than a few people who basically asked themselves, “Who the hell is this? This is the band singing about champagne and cocaine?”; Maybe with a sophomore album that harkens back to a more pure rock focused mix of tunes the band can overcome, after all they’ve already used up their sophomore slump on their debut.