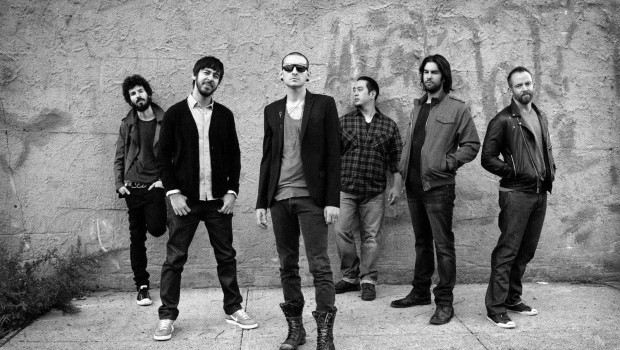 Hardcore hip-hop mixed with heavy metal and strong electronic music, if this sounds crazy, get ready to be blown away, Linkin Park is here and they are heavily armed with Hybrid Theory (which was the band’s first name), one of the best rap/rock albums in years.

The CD begins with “Papercut“, my third favorite track on the album, it’s kind of fast with a lot of rapping in it before vocalist Chester Bennington begins singing ‘The sun/goes down‘ at the end. My second favorite is “One Step Closer” (the band’s breakout single) which is a lot louder than “Papercut“, it’s cool hearing Mike Shinoda and Chester screaming at each other ‘Everything you say to me/takes me one step closer to the edge/and I’m about to break‘, but the main reason that I liked this song must be because of the lyrics, especially when Chester screams ‘Shut up when I’m talking to you‘.

And now for my number one song: “Points of Authority“, which is about people who think that they can control other people. I also liked Shinoda’s rap intro and the instrumental part at the end.

Of course there are other excellent tracks on this album, such as “In The End“, which is a combination of Shinoda’s rapping skills and Chester’s low and loud vocals, making this song something all rock fans should listen to.

Another great thing about this album is the angry lyrics and vocals, for example, the beginning of “Forgotten” and ‘Go away go/try to take the best of me‘ in “A Place For My Head“. But sometimes there are no vocals, you ask why, so that they can make “Cure For The Itch” a song made by Joseph Hahn’s DJ-ing skills and his knowledge of turntables, making this a quiet and special song in an album full of strong guitar riffs and angry vocals.

However, this album is too short, and although this hardly affects its quality, with an amazing and wonderful CD like this people would like to hear a bit it more. Still, making fewer tracks means that Linkin Park can focus more on how well their album will sound instead of how long they can make it.

Finally, I’d like to say that Linkin park not only made us a great album, but also one that would be a bit hard to top, so if you want to hear something different from the usual rock music you always hear then you positively must have Hybrid Theory.