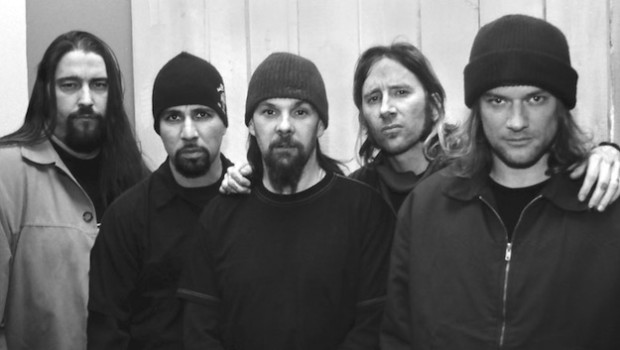 It’s incredibly hard to stand out in today’s crowded rock scene, and there’s a lot of decent bands that get lost in the shuffle of a big release or two rappers warring with each other on the charts. Still, for those willing to take a chance on something else, but not completely different or unique, there’s plenty of acts roaming around your record store itching for you to purchase and give them a spin. Another Animal is precisely that band.

Forming another one of rock’s “supergroups,”; Another Animal (comprised of members from Godsmack and Ex-Ugly Kid Joe vocalist Whitfield Crane, storms on to the scene in their debut hosting a varied set of musical styles that keeps the album fresh throughout, but lacks some of the consistency you would expect. This can be attributed, mainly, to four of the five band members being credited as vocalists throughout the disc’s 44 minute runtime.

Each track has a distinct sound. From the very beginning with “Find A Way“; and its traditional Indian chanting leading into a soft guitar before the drums explode on to the scene and the frantic finger-work begins on the lead guitars you know this is going to be something different. From there the first half of the disc produces tracks which have a unique flavor by the band, but play the “sounds like”; game.

“Find A Way,”; after it gets going, has a sound akin to Stone Temple Pilots, both lyrically and musically. “Broken Again“; takes on a tone attributed to Seether, sound similar to The Punisher single “Broken“; featuring Amy Lee by the aforementioned band. As the disc progresses, and the Ozzy like “Amends“; leads into the needless instrumental “Interlude“; the disc finally seems to take on a tone of its own. Maybe it is at that point when the listener forgets the preconceived notions of the band sounding exactly like Godsmack.

The album stays particularly on the hard side of rock, but takes a few tracks to show a lighter side. “Before the Fall“; features an easy flowing chorus and the aforementioned “Interlude“; breaks up the seemingly harder stuff from the softer stuff towards the end.

Another Animal’s members set out to define themselves differently than how they were defined in Godsmack, and for the most part they’ve succeeded. The distinct sound of Sully Erna’s voice is noticeably absent but made up for by the unique vocal achievements of other members of the band. Some parts of the disc will come off as sounding a bit too run of the mill at times, but the music is solid, there’s hard drums, and plenty of thrashing guitar work throughout to keep rockers rocking. This is a solid debut from the band, and while it may not be the most unique outing in years, it certainly gets the job done.