Spawning from The Jason Ellis Show on SiriusXM’s Faction, Taintstick’s Six Pounds of Sound is everything you expect from a

Zombieland is exactly what you would expect from its title and marketing, it’s a movie, about a land full of

NBC’s long list of great comedy shows can add another entry in Community, which is aptly being called The Office

Sandra Bullock hasn’t done a whole hell of a lot noteworthy since Speed, and let’s not even go into the 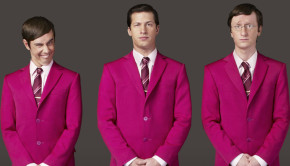 The transition from mini-series to regular show seems to be an easy one for The Starter Wife, however when your

To borrow a line from a very popular book, the Coen brother’s Burn After Reading is a mostly harmless affair