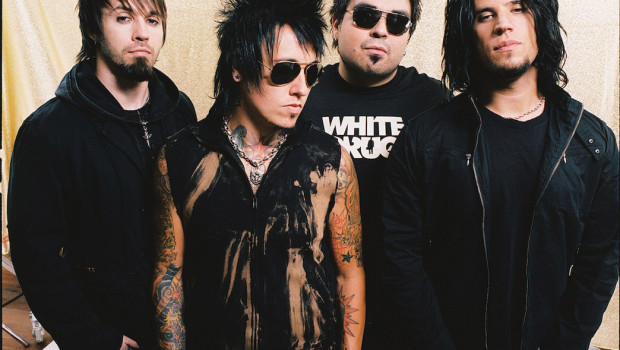 Papa Roach’s fourth release is proof positive that the band has not only put the pseudo-rap/rock days behind them, but firmly established them as a relevant rock act with the energy, song writing talents, and singing chops to be one of the premiere mainstream rock bands in the United States. The Paramour Sessions, named after the Paramour Mansion, builds upon the excellent Getting Away with Murder and continues the bands tradition of releasing better and better albums with each release.

The three times platinum Infest, the band’s breakout debut, and its radio-ready single “Last Resort“; solidified the band in the mainstream, but its hokey rapping and decidedly generic tracks didn’t lend themselves to anything more than cookie cutter rock bands attempting to step into the shoes of success created by Korn in the blending of rock and metal with rap.

The Paramour Sessions takes the new-found sound of the group, thankfully devoid of rapping from lead singer Jacoby Shaddix, and blends it with the angst influenced lyrics of the band’s sophomore release lovehatetragedy.

The album’s breakout hit “…to be loved“; is a welcome glimpse into what the rest of the CD offers with catchy riffs that further exemplify the band’s strive to become a more focused rock act. The album is the most lyrical collection that the band has put out with much more focused songs and the ability to flex some musical muscle seems to certainly suit the band.

A lot of early fans of Papa Roach have been increasingly outspoken about the new course of the band, for better or worse, but as a fan of music The Paramour Sessions is by far the strongest collection of tracks the band has released thus far in their career and the entire disc holds a top place on my iTunes collection in several playlists.

The disc is a worthy purchase of any fan of the band that hasn’t been turned off by the shift in musical style as well as any fan of hard rock in what could very well be one of the best and most solid rock releases of 2006.