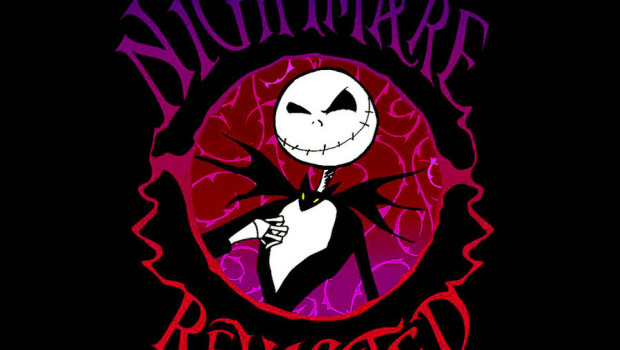 With the first 3D re-release of Tim Burton’s The Nightmare Before Christmas in 2006 Disney was so kind to release the soundtrack featuring all of the songs from the film as well as a bonus disc with cover versions of some of the most famous. The highlights being Marilyn Manson’s excellent cover of “This is Halloween“; and Fall Out Boy’s cover of “What’s This?“; Taking the collection to the next level this year sees the release of Nightmare Revisited, an entire album of cover songs with many different artists presenting new interpretations on the classics from the film.

What we’re left with is a mixed back of tracks from the excellent (Manson’s aforementioned “This is Halloween“;) to the excruciating unbearable (Sparklehorse’s cover of “Jack’s Obsession“;) and everything else falls into the permissible but forgettable category. Danny Elfman’s orchestrated opening and closing are the highlights of the album only because we’ve heard Manson’s track before, but everything that made the bonus disc two years ago so memorable has been stripped away.

Special mention is made to “Jack’s Obsession“; due to it being one of the best songs in the entire movie, however Sparklehorse’s murdering of the song is so bad after an initial listen through of the entire album the track has been permanently removed from my iPod, its really that bad. Things don’t get better in the beginning as Flyleaf’s “What’s This?“; rendition pails into comparison to Fall Out Boy.

There’s going to be a lot of debate on just how good some of these tracks are, and depending on which one’s you hold near and dear to your heart you’ll have a different opinion. The artists best suited to these covers are the band’s already provoking dark overtones such as Korn (“Kidnap the Sandy Claws“;) and Amy Lee from Evanescence (“Sally’s Song“). Other standouts include Rise Against’s rendition of “Making Christmas“; and The Polyphonic Spree’s “Town Meeting Song“; one of the longest on the album and a huge part of the film at 9 minutes long.

While thinking outside the box is admirable, messing with classic songs such as this with little regard for quality might overstep the bounds of many fans. Those looking for the originals can share in the excitement as the 2006 soundtrack is still available, but those looking for something different, might want to take a look at buying just the good songs off this album from one of the many digital outlets available.

Review: Not Another Teen Movie Soundtrack →