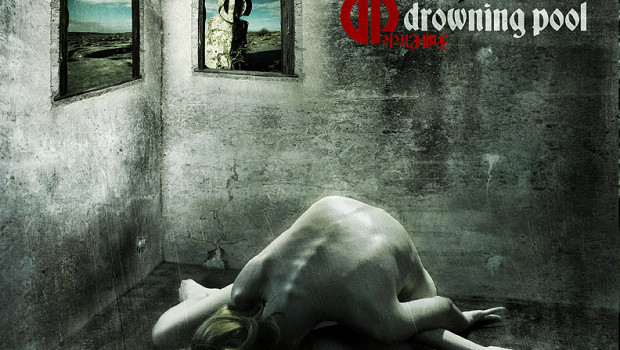 The story of Drowning Pool is ripe for an episode of Behind the Music, the band broke on to the scene with the unforgettable single “Bodies“; which was used in movie trailers, sporting events, etc. to much acclaim. The album which the sing was released, Sinner, went Platinum and made it as high as number 14 on the charts. After the untimely death of lead singer Dave Williams, most bands would have called it quits.

Drowning Pool bounced back though, with former tattoo artist Jason Jones taking over lead vocals on Desensitized only to leave the band due to creative differences. Finally former SOiL Ryan McCombs joined the band on this latest release, Full Circle, and while the band’s newfound activism for men and women in the armed forces is admirable, it’s overshadowed by the decidedly generic and tame nature of this release.

It isn’t to stay that Full Circle is a bad album; it could be the changing nature of the band due to so many personnel changes that they haven’t really been able to find a rhythm, but Full Circle comes off mostly as a late-90’s early 2000’s mainstream rock album with a handful of throw away songs, a few radio ready singles, and the obligatory cover thrown into the mix, and nothing that really sets it apart from the rest in a crowded genre.

Even the aforementioned activism inspired single “Soldiers“; comes off rather tame, it never really picks up the energy you would expect, like the piercing screams of “Bodies“; or the flow of “Step Up“; managed to do, instead it just steams along until it ends, complete with the almost cliché stock sound effects of battle in the background. Drowning Pool has really stepped up the push for veterans affairs and USO support, so it’s a real shame that the single just isn’t better to bring the awareness level up even more.

The rest of the songs are easy to listen to, but just as easy to forget when the disc stops spinning. Even after a lengthy review period with the album, there’s not much here you’ll be adding to playlists, mix CDs, or the like.

The only really stand out track on the album is the cover of Billy Idol’s “Rebel Yell“; which is the only time in the discs 50 minute running time that you feel as pumped up as you should from a hard rock act.

It’s to be expected that the band would live and breath differently than it did when the “Bodies“; hit the floor in 2001, but a lot has changed in music, and while change can be a doubled edged sword (see: Linkin Park), some level of re-inventing must be done to have you stand out in a crowd. Unfortunately, Drowning Pool doesn’t bring this reinvention to the table with Full Circle, but one can only hope the band will grow with a stable lead singer and a follow up release will show that maturing nature of the band and its music.