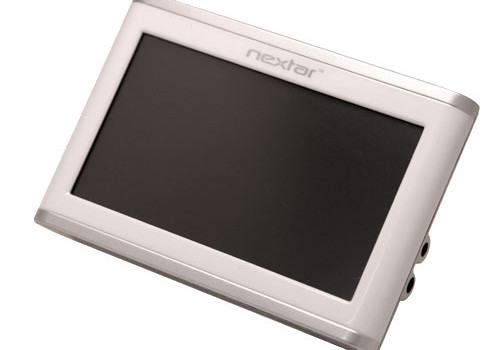 Summary: Backup camera aside, this nav system is middle of the road

After spending a few weeks with the Nextar I4-BC you find that there are a lot of features packed into this little navigation unit, but, ultimately, the big guns in the nav arena just make it too hard for anyone to really stand out, this unit included.

The big selling point of the I4-BC is the wireless (almost) backup camera which can be affixed to your car near the license plate (it uses the top or bottom two retaining bolts to stay in place), however, while the camera is wireless to the navigation unit, it still requires power from the car’s reverse lights in order to properly work. The 12V+ power from the lights also sends the trigger to the camera (and the navigation head unit) that the car is in reverse. However, due to the installation limitations of the camera (including drilling new holes in our vehicles bumpers), the camera was not tested for this review. The instructions provided by Nextar, included in printed form and available online in PDF format, are detailed enough that any novice could complete the job.

The navigation unit was tested along side the built in Mitsubishi navigation unit in a 2008 Lancer GTS (see pictures in this review for a visual comparison). The head unit boasts a 4.3” touch screen with voice guided turn by turn prompts, over a million points of interest as well as bonus features like a picture viewer and MP3 player (only functional with a SD card installed). The picture viewer is a curious addition when the driver should probably be focused on the road, and while adding in MP3 support internally is great, the single, tinny speaker doesn’t provide great sound you would want to listen to over road and social noise inside the vehicle.

The maps on the review unit were instantly outdated with a date code more than two years old, leaving many locations in the ever developing Phoenix area completely off the map. Upgrading the unit requires an SD card, and while this is an acceptable means of replacing maps, it shouldn’t be the only way available as we would have liked to see USB support, or even over-the-air downloads of new maps or points of interest. Frequently navigation was jittery with our current location jumping around, almost as if there was significant lag in determining your fix. GPS start up times were long, sometimes taking minutes depending on location, and a few times we were forced to hard-reboot the unit in order to obtain a GPS location.

When we were able to find a location to plot a route to the unit was accurate and seemed to emulate the similarly outdated built in navigation system in the Lancer, although its on the fly route updating did take longer than we would have liked, the turn by turn voice and navigation co-pilot where pleasant, clear, and much better than a few other navigation systems we’ve tested. The touch screen is responsive and organized logically with ETA, remaining time, and miles till destination presented on the bottom of the screen. There is a stylus hidden on the edge of the unit for precision use but it’s almost impossible to use it while mounted to either the dashboard or window and will require you taking down the unit.

The I4-BC is a very capable navigation system that suffers from a few problems that keep it from propelling itself to the next level. The unit is solidly constructed, the screen is clear, and the main features of a navigation system like route planning and turn-by-turn work great, however these are marred by a slow boot up time, and almost impossible to manage on-the-fly controls due to the touch screen. The backup camera is a nice addition to set it apart from the field, and for vehicles that don’t have one standard, and owners who are willing to do some rudimentary wiring changes, the I4-BC is worth considering. 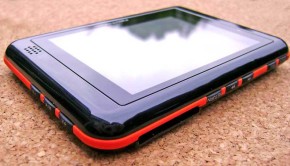