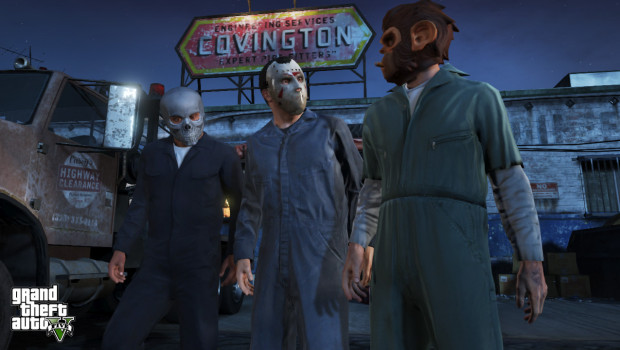 Grand Theft Auto V is the next step in the series, and while the genre (and series’) tried and true tropes are still firmly in place, everywhere GTA games were deficient before has been addressed thus far in the game. The boats masquerading as cars in GTAIV are gone, in their place are easy to control and joys to drive vehicles that almost seem too tight around corners, almost like you expect to smash into the median or guardrail and keep going. The first few hours were filled with over-steering and laughably running over pedestrians as I got my bearings. The game does its best to throw you into he fire from the very first mission as, controlling Franklin, you’re forced to repo a car and race through downtown Los Santos to a used car lot for it to be resold. 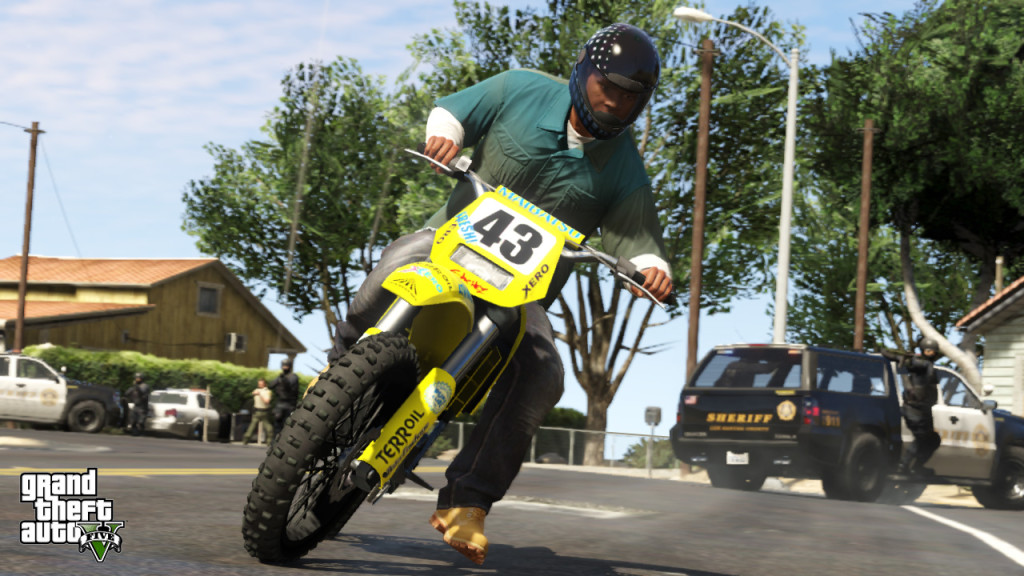 Personally, I had given up GTAIV early in the game a few years ago, only to rediscover it during the Steam Summer Sale when the PC version was on sale for $5, after getting the PC controls down (and loving them, BTW) I blasted through the game in about 30 hours. After 10 hours I feel as though I’ve barely scratched the surface of GTAV, although the lack of overarching story is a bit disappointing. Maybe the game is about to kick off, so far I’ve just unlocked all three characters and pulled off my first heist that went swimmingly (until I ran everyone over with the getaway vehicle and had to restart the mission). This leads me to swoon over the ability to fail a mission but pick up at a specified checkpoint during the mission, no longer do you have to worry about massive car chases, then massive shoot outs, then one final objective failing before you have to do it all over again, each mission that I’ve failed so far started me roughly half way through the mission, or right when I died, giving me the ability to not break any XBOX controllers this year (so far).

So far so good, there have been several times where I just stared at the screen in disbelief at what’s going on and just how awesome and engaging it really is. The first mission after your first heist is particularly awesome as you’re (re)introduced to Trevor and unlock the ability to play as him. His first encounter (with some GTAIV alum) is both jaw dropping and just plain awesome. 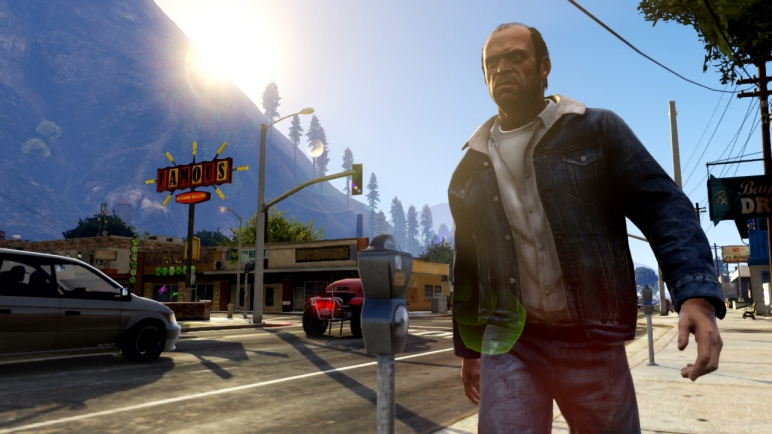 The character switching was one thing that I wasn’t looking forward to. Having played each game in the series, each, having a single protagonist and a story to follow them through was a highlight of the experience. GTAIV was an amazing storytelling vehicle as Niko worked his way from the bottom to the top seeking out revenge for those who wronged and hurt him along the way. The twisted tale of mobsters, Eastern European gangsters, bikers, cousins, girlfriends and, most importantly, choices filled Liberty City with life. Los Santos is full of that life, but it takes a little bit longer to hit a stride as you see all three characters come together and interact with each other.

Overall, the game is just hitting its stride and I can’t wait to continue through the experience. Look for a full review soon, until then, if you weren’t one of the buyers to push this game over $1 billion in three days since release, go out there and get it!