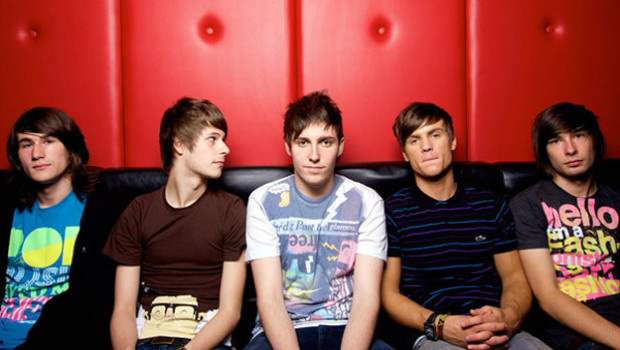 Review: You Me At Six – Hold Me Down Erich Becker

There are times when British rockers You Me At Six ascend on the sophomore album, Hold Me Down, but more often than not the pop-punkers get lost in the shuffle that is an overblown and overcrowded genre dominated by big name American bands and lacking in true originality. The genre itself was once the home to any number of breakout bands when insane bangs, skinny jeans, and emotion were the “in”; thing, but when bands like Fall Out Boy implode the rest of the genre can’t be far behind.

Hold Me Down is able to step up to the plate with great production values and an excellent sound with some radio-ready hooks that are sure to please those keen for the next release in a familiar territory, however aside from the first single, “The Consequence“; there just isn’t a lot to like here that hasn’t already been done (better) before. We’ve all heard the emotional tale of betrayal, lost love, and self-loathing before.

The clearly emo-laden disc comes off as a mish-mash of familiar beats, lyrics, and riffs. Even the cheeky track names like “There’s No Such Thing As Accidental Infidelity“; come off as a calling to other bands who make funnier, wittier statements with their irrelevant names. Still, even with the built in familiarity, musically the band excels and laying down excellent sounding tracks with the aforementioned production polish, ultimately you just wish there was something more to back it up.

Tags: you me at six